INFORMATION by the Ministry of Foreign Affairs of the Republic of Tajikistan on the events on the Tajik-Kyrgyz border on September 14-18, 2022

Anasayfa » Bugün » INFORMATION by the Ministry of Foreign Affairs of the Republic of Tajikistan on the events on the Tajik-Kyrgyz border on September 14-18, 2022 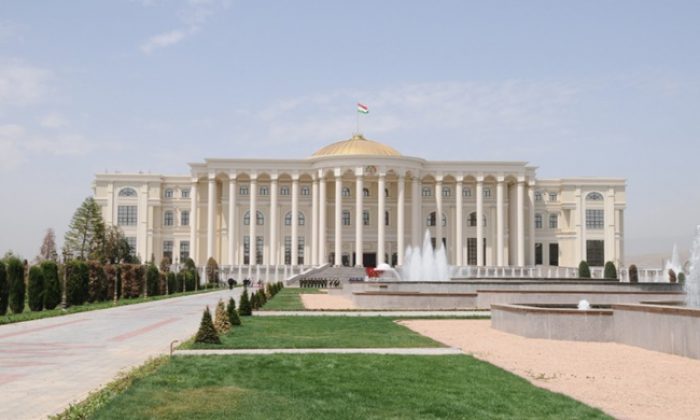 REKLAM ALANI
Bugün DÜNYA
0
A+
A-

INFORMATION by the Ministry of Foreign Affairs of the Republic of Tajikistan on the events on the Tajik-Kyrgyz border on September 14-18, 2022

Despite the agreement on the de-escalation of the situation and the withdrawal of additional forces, on September 16 at 04:50am, Kyrgyz military personnel began shelling the ‘Dushanbe’ frontier post using heavy weapons. At the same time, military personnel of Kyrgyzstan carried out an armed attack on the settlements of Khojai Alo, Kummazor, Surkh, Somoniyon and Kulkand of the city of Isfara, as well as Khistevarz and Ovchikal’acha of Bobojon Gafurov district. In the course of massive shelling of residential areas of the village of Chorkishlok in the city of Isfara, the Kyrgyz side used such heavy equipment as infantry fighting vehicles (IFV) and armored personnel carriers.
On that day, at about 06:30am, servicemen of the special forces of Kyrgyzstan invaded the territory of the village of Bogdori, Chilgazi jamoat, Isfara city and burned 16 houses of local residents, and committed acts of depredation and looting. It should be emphasized that during this invasion, the Kyrgyz military entered the house of a Tajik citizen, an elderly woman Makhmudova Munavvarakhon, and killed her with severe cruelty.
During this period of time, again violating the declared ceasefire, the Kyrgyz military began shelling the village of Khojai Alo from the territory of the Golovnaya water distribution station. During the shelling, they attacked civilian infrastructure facilities and damaged the Shurob power line and the bridge in the village of Chorkishlok. In addition, as part of this aggression, the Kyrgyz military massively set fire to the houses of civilians in the settlements of Bogiston and Lakon in the city of Isfara. They Kyrgyz military fire killed five members of the same family, including a 6-year-old girl, a 5-year-old boy and a woman in her eighth month of pregnancy in the Jamoat Chorkuh.
Beginning at 07:30am, Kyrgyz military units opened fire along the entire line of the Tajik-Kyrgyz border. Thus, during the massive shelling of the territory of Tajikistan, the Kyrgyz military applied 20 units of heavy armored vehicles, including tanks, armored personnel carriers and armored reconnaissance and patrol vehicles. As a result of this massive shelling, they destroyed the building of a secondary school and 8 houses in the village of Bogiston in the city of Isfara, as well as houses in the village of Somoniyon. It should be noted that as a result of mortar shelling, the Kyrgyz side killed two elderly women – citizens of the Republic of Tajikistan in the settlement of Khistevarz jamoat, Bobojon Gafurov district of Tajikistan.

Despite the ceasefire agreement that was reached at various levels of the military and civilian authorities of the two countries, as well as contrary to the assurances of the President of the Kyrgyz Republic Sadyr Japarov, given by him during a meeting with the President of the Republic of Tajikistan Emomali Rahmon in Samarkand “on the sidelines” of the SCO Summit, on September 16, at 7:10pm, the Kyrgyz military opened fire and completely destroyed the buildings of secondary schools No. 225 and No. 64 of the Jamoat Chorkuh of the city of Isfara.

In the evening of the same day, in violation of the norms of international humanitarian law, Kyrgyz military personnel fired from armored vehicles at an ambulance transporting wounded civilians in the village of Chorkishlok, Zumrad Village Council, Isfara City, Tajikistan. As a result of this inhuman attack, five citizens of Tajikistan – an ambulance paramedic and members of one family, including 6 and 5-year-old children were killed.
On September 16, the co-chairs of the intergovernmental commission at a meeting reached an agreement on a ceasefire from 4:00pm, mentioned in Protocol No. 41. Despite this, the Kyrgyz side used combat helicopters and attack unmanned aerial vehicles (UAV) Bayraktar TB2 to bombard the territory of the Republic of Tajikistan. Thus, as a result of an UAV strike on the building of school No. 8 of the Ovchi Kal’acha Village Council in Bobojon Gafurov district, 6 civilians of Tajikistan died. During an UAV strike on a mosque in the Ovchi Kal’ach Village Council, 12 civilians of Tajikistan were killed and more than 20 people, including a seven-year-old child were wounded. At the same time, the Kyrgyz side posts videos of UAV strikes on civilian facilities in the open information space.

At 11:50am, the Kyrgyz servicemen using multiple launch rocket system (MLRS), shelled the village of Tojvaron, Lakhsh district of Tajikistan. As a result of this attack, several civilians were injured, including women and children, and 3 residential buildings were destroyed. It should be emphasized that no conflict cases were recorded in this area and the concentration of forces and means of the Kyrgyz side in this area, taking into account the complexity of the terrain, would take more than one week. During the day, Kyrgyz military personnel fired three times at settlements in the border zone of the Lakhsh region using MLRS. They attacked the School No. 15 in the village of Tojvaron, as a result of which 3 school students were injured.

In recent days, with a view to creating the image of an “aggressor” in the face of its neighbor, the Kyrgyz side, not shunning outright lies and insinuations, continues an information campaign against Tajikistan, thereby escalating tension in the border area. On September 17, in his address to the nation, the President of Kyrgyzstan used the word “enemy” in relation to Tajikistan.

On September 18, having repeatedly violated the ceasefire agreement, at 7:00pm, the Kyrgyz Armed Forces units fired by sniper the border outpost No. 5 “Kurgoncha” of the Border Troops of the State Committee for National Security of Tajikistan, located in the village of Karavulteppa of Jabbor Rasulov district. 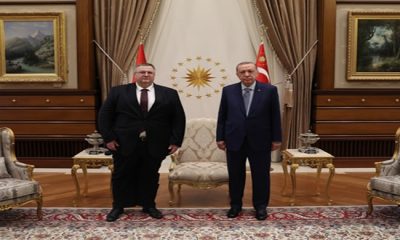 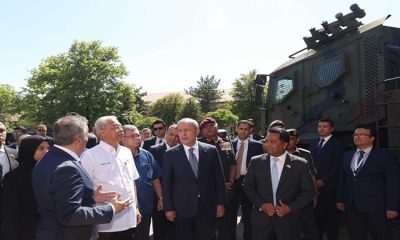 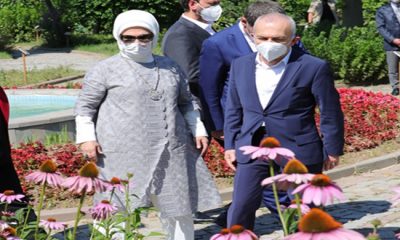 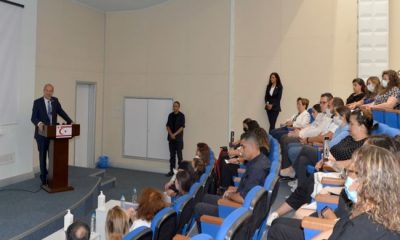